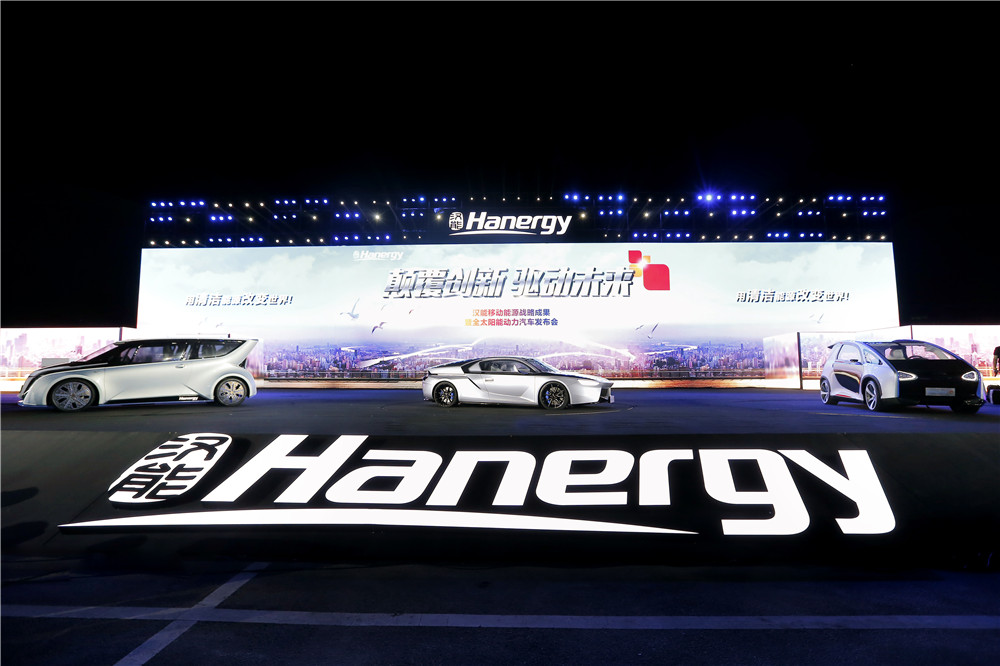 The zero-emission vehicles can be powered entirely by the sun, and Li Hejun, Board Chairman and CEO of Hanergy Holding Group drove the sporty “Hanergy Solar R” around the event to showcase the attributes of the vehicle.

The four solar-powered electric concept cars are set for production within three years. Hanergy is a large clean-energy company and one of the largest thin-film solar cell manufacturers in the world. The company is also the owner of U.S. based Alta Devices, which it bought in 2014.

The vehicles can drive on solar power alone. The Hanergy Solar A has a combined range (battery + solar panel) of 350 kilometer and a solar-only range of 80 kilometer.

A large part of the technology used in the solar panels within the Hanergy cars is based on Alta Devices AnyLight, which was devised as a range-extending technology for electric vehicles. Hanergy is planning to use this technology to build fully-solar powered cars in the future.