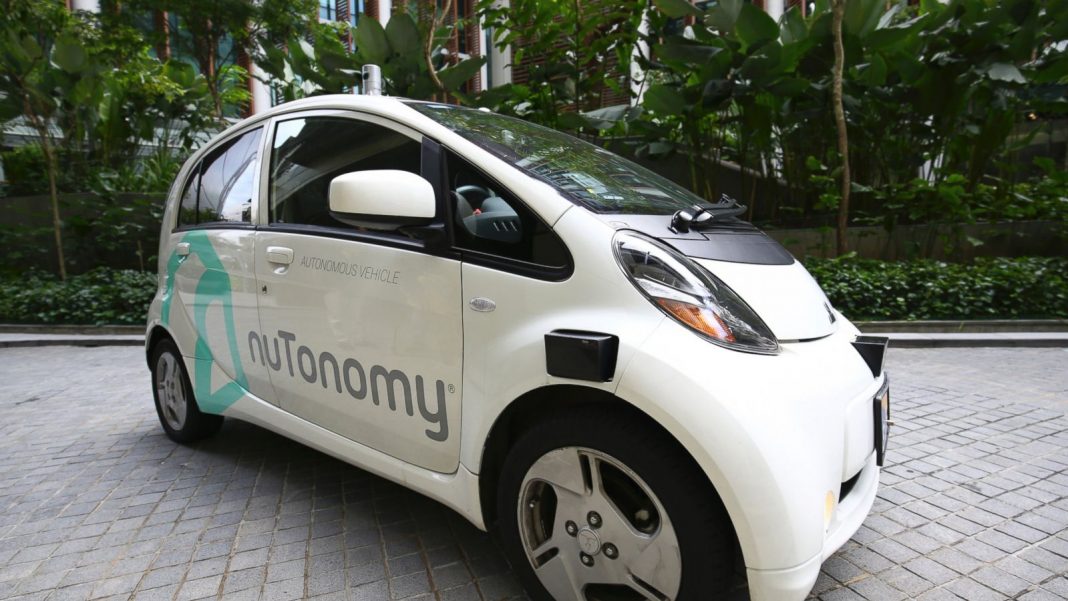 In a move that could revolutionize the transport industry, Singapore became the first country in the world to launch a self-driving taxi service on Thursday.

Although the trial is small, it buttresses the fact that race to develop autonomous vehicles is at a fever pitch. Singapore beat ride-hailing giant Uber Technologies Inc. by mere days to public road tests of self-driving taxis.

nuTonomy, a 50-person company founded by two researchers from the Massachusetts Institute of Technology, said Thursday it began testing a free taxi-hailing service in a small business district in Singapore called one-north. Earlier this year, the company was the first to win approval from Singapore’s government to test self-driving cars in one-north.

The service will start with six cars, growing to a dozen by the end of the year, the company said. The ultimate goal is to have a fully self-driving taxi fleet in Singapore by 2018, which will drastically reduce the number of cars on Singapore’s congested roads. Eventually, the model could be adopted in cities around the world, said nuTonomy.

The test vehicles are a Renault Zoe and Mitsubishi i-MiEV electric car, and will have a driver in front who is prepared to take back the wheel and a researcher in the back who monitors the car’s computers.

Each car has six sets of Lidar (a detection system that uses lasers to operate like radar), including one that constantly spins on the roof. There are also two cameras on the dashboard to scan for obstacles and detect changes in traffic lights.

“We face constraints in land and manpower. We want to take advantage of self-driving technology to overcome such constraints, and in particular to introduce new mobility concepts which could bring about transformational improvements to public transport in Singapore,” said Pang Kin Keong, Singapore’s Permanent Secretary for Transport and the chairman of its committee on autonomous driving.