Tight budgets and the need for greater flexibility and agility in government IT have led to a rise in cloud adoption. Even so, the general atmosphere is that of testing the waters, with most government agencies preferring to take the hybrid route, move to private clouds, or move only non-mission critical applications to the cloud. The “server huggers” are still hanging on for dear life, while security and the need for cloud providers to be transparent about the movement and access to data rank high on the barriers to cloud adoption among government agencies. As the Vice President of NetApp Federal’s civilian public sector, Rob Stein has a bird’s eye view of the evolution of federal cloud adoption.

It is something that the government has been looking at over the last couple of years, from the perspective of the federal, state and local, said Stein. The evolution that’s happening there is similar to that in the industry as a whole. There’s typically been capital expenditure, where an agency buys the product, takes delivery, puts it in their data center then gets it up and running. Cloud is basically a service, and converting what they may have purchased in a capital expenditure manner is more of a challenge to them.

There are multiple avenues of doing this and the government is working on specific vehicles around procuring cloud services. This is in addition to incorporating cloud and hybrid cloud, such as the hyperscaler cloud – Microsoft Azure, AWS, Google – into requirements for delivering IT to agencies, as they figure out how they are going to evolve and move into this new environment.

Since the introduction of the cloud-first policy by the Obama Administration almost six years ago, agencies have been looking at how they can run workloads – a new program, new applications, or even existing applications in the cloud – versus the traditional way they’ve been doing it. There’s a push in the federal, state and local governments to drive cloud adoption, which has spurred on the early adoption of the cloud.

There’s still a significantly long way to go, and if you look at some of the things that are being done in the cloud today, especially in devOps, web hosting, or hosting large data sets – that’s a great start. Cloud will really start to pay off when government agencies start moving mission-critical applications into the cloud, whether public or hybrid.

Security is a big concern, and multiple surveys show that. You really have to couple that with management and control of your data. Agencies are struggling, not only with security, but also with wanting to know who actually ends up controlling their data. When they put their data in a public cloud environment, they want to know if they can access it and move it back, or move it from one public cloud service provider to another. The management and control of their data is one of the key inhibitors to gaining more widespread adoption of the cloud by these agencies. This is even more apparent in mission-critical environments.

There are secure versions of these cloud services, whether it is AWS, Microsoft Azure or Google, especially in federal government where there are FedRAMP certification requirements. There are the gov clouds, which are the government versions of whatever cloud offerings that are offered by these cloud providers. These are the versions that many federal, state and local government agencies use, and they are better protected, with proper security controls. Our customers really want to feel comfortable, and have a way to securely manage and control their data, regardless of what the environment may be.

This is especially true if they put their data in one hyperscaler, and they want to put something else in another, or in a private cloud that is not self-hosted, if they are not building silos. They can easily manage and move that data around, and access it as needed, or even bring it back on-premises, if they need to do that. The ability to manage, control and move their data around in a standardized manner across this multi-cloud environment is as much an obstacle as security.

We have seen a big uptake on backup to the cloud, where disaster recovery seems to be an easy step for them to take by putting some of their key data in the cloud. There are easy ways for them to that, for instance, we have state and local customers who are doing backup to the cloud, which is giving them a very efficient way of running their operations. Starting out with something like that is important, but being able to deliver to agencies a data fabric, which is an efficient way to securely move data across a multi-cloud environment, is important.

That data fabric would have standardized services they can access, where if they move a workload in the cloud, it gets high adoption. If they need performance or they want to bring it back on-premises, the data fabric gives them an easy platform to achieve that. We are also seeing some customers put their data next to the cloud, which is a method of going into a FedRAMP facility to stand up a storage infrastructure, put their data on the storage, and then leverage high-speed bandwidth connections to an AWS or Azure. They leverage the compute of a hyperscaler to either scale up or down, but they would securely maintain and own their data with this configuration. There is quite a bit of interest from government agencies around this as a way to continue to control their own data.

Civilian Agencies vs. Department of Defense

The Department of Defense has definitely been slower in adopting cloud, but they are rapidly beginning to look at what a cloud architecture should look like. The key to that will be moving lots of their data that’s currently on-premises into a cloud environment. The ability to access that data without building a silo in a public or government cloud, and the ability to bring in that data with other sources of information sitting in other data centers will also make a difference.

We are starting to see a lot of architecture discussions with the DoD customers around how they can build something like a data fabric that lets them securely move their data around, and also gives them a choice with regards to the multiple cloud providers that are out there. Those discussions are pretty strong right now, and as they come up with an architecture that allows them to that, then we’ll start to see workloads move to cloud environments pretty quickly.

When people talk about the cloud, a lot of them think it’s all or nothing where they have to put all their workloads and applications in the cloud. Our view is that it’s more of a hybrid environment where there will be requirements to still have and maintain infrastructure in government data centers. The folks that are currently operating and maintaining those infrastructures are still going to have a job.  In addition to maintaining their own infrastructures, they are going to have to be sort of brokers of cloud services that can also be integrated into their environments.

The more they understand that there are ways out there to integrate other cloud environments with their own on-premises or private cloud infrastructure, the more secure they will get in the fact that there is a role for them to really integrate with this new way of doing IT.

Cost is usually the initial reason that we hear from government agencies. With the increasing adoption of cloud, cost is still a factor, but cloud significantly increases the agility and ability of an agency to make changes and better execute their mission. It allows them to focus on the core responsibilities that are a part of their mission. Cost is always a part of the discussion, but it’s not always going to be cheaper, and a lot of agencies are starting to find that out for themselves.

They still have flexibility, which allows them to utilize the cloud environment instead of buying a whole bunch of infrastructure that sits on the floor, when they have a new requirement. With something like a data fabric, they can get their data created in that environment, bring it back and figure out which public, private or hybrid environment works best for them. Ultimately, government agencies are really going to appreciate the agility offered by the cloud.

Rob Stein serves Vice President of NetApp’s U.S. Public Sector at NetApp where he leads a group of sales managers, sales representatives, engineers, and solution specialists who focus on data management and storage solutions for federal government customers. Having joined the company in 2007, Stein was previously a senior regional director and was responsible for Defense Department business. The more than 30 year industry veteran has served in many roles during his career  including statistician, program manager, business development manager, sales representative and sales director. Prior to NetApp, Stein spent more than 11 years at Oracle Corp, where he held various sales positions, including his last role as the VP of the DoD sales team.

Throughout the world, leading organizations count on NetApp for software, systems, and services to manage and store their data. We help enterprises and service providers envision, deploy, and evolve their IT environments. Customers also benefit from our open collaboration with other technology leaders to create the specific solutions they need. 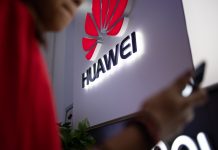 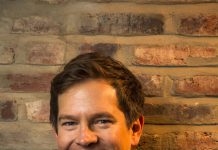 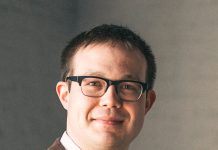 Exclusive: Making Sense of The Internet of Things With NIST’s Chris Greer