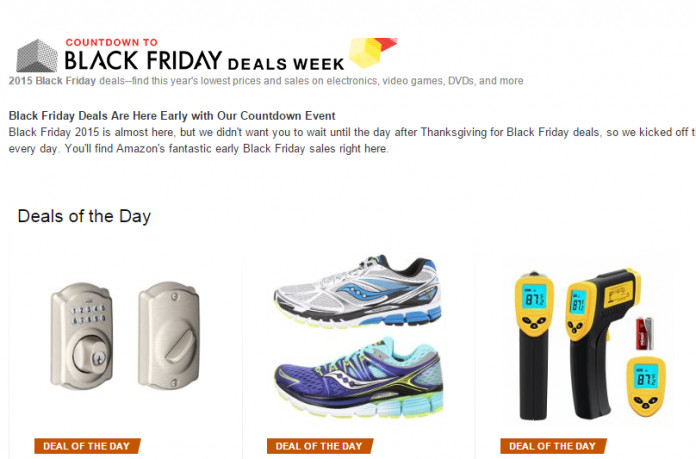 Seeking to get ahead of competitors in the fiercely crowded Black Friday deal offer market, Amazon has launched an early Black Friday deals store. The company is trying to lure early customers with promises of daily bargains on a wide variety goods offered on the site. This includes discounts on video games, DVDs, electronics, books, supplements, clothing and various items.

The company is also surreptitiously trying to coerce customers into signing up for its $99-a-year Prime program, with the promise of over 30,000 “lightning” deals on selected offers.

Early this year, Amazon applied a similar tactic to boost membership by offering a Prime Day sale, claiming “hundreds of thousands” signed up in order to take advantage of the sale.

The only snag in this plan is that other retailers are also launching similar offers well ahead of Black Friday, with the hope of also boosting their sales.