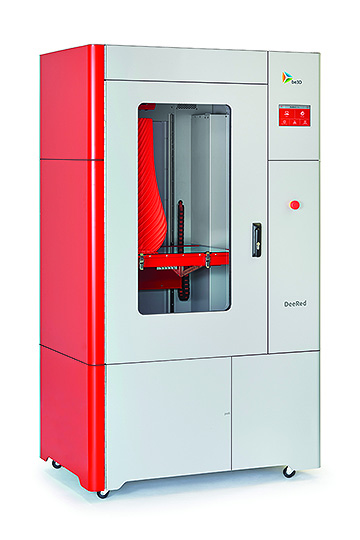 be3D, a Y Soft company headquartered in the Czech Republic , recently announced the latest version of DeeRed, its 3D printer for prototyping and creating finished manufactured products. The 3D printer has the largest 3D print capacity in its price category, according to be3D.

The latest version of DeeRed, which is company’s largest, professional 3D printer for prototyping and creating finished manufactured products, has a print chamber volume of 400 x 600 x 800, representing a 50% increase from its previous capacity.

This allows designers and manufacturers to produce final objects in one print run without having to assemble several smaller objects together, according to be3D.

“With DeeRed we focused on making 3D creation simple and easy, so customers can focus on their creativity, design and innovation,” said David Miklas, be3D CEO in a prepared statement. “When time to market is crucial, the ability to create high quality, large objects at an affordable price becomes even more paramount,” he added.