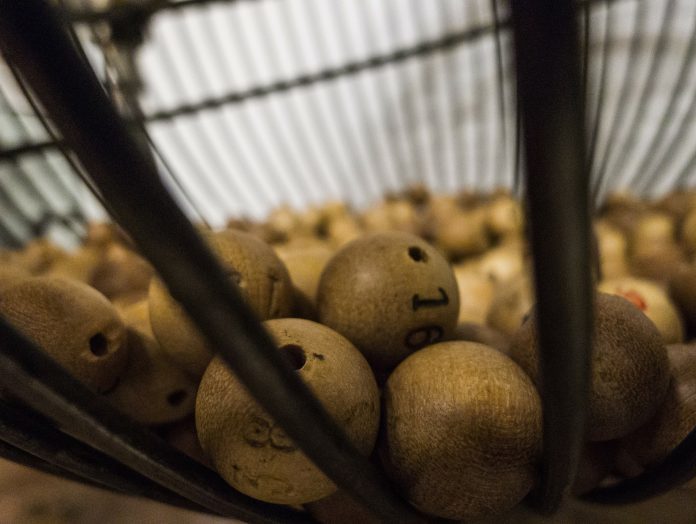 Eddie Tipton, a former security director of the Multi-State Lottery Association, has been convicted of fraud for fixing one jackpot in Des Moines.  Prosecutors allege his scheme extended far beyond Iowa, and he may have tampered with lottery drawings in four states over the course of six years.

Investigators are expanding their inquiry nationwide because they believe he may be involved in even more instances of fraud, though. They’re now investigating winners in 37 other states that have been using the Multi-State Lottery Association’s computers to draw winning numbers since Tipton joined the organization in 2003.

Investigators have asked states to review jackpots produced by the number-generators Tipton had access to, and whose winning numbers were specifically requested by the ticket buyer. They hope to talk with anyone aware of such payouts being collected by someone other than the person who ends up with the money, said Rob Sand, a state prosecutor in Des Moines who is leading the probe.

Iowa deputy attorney general Thomas H. Miller said: “It would be pretty naive to believe they are the only four jackpots involved in the scheme. If you find one cockroach, you have to assume there are 100 more you haven’t found.” So far, the Colorado, Wisconsin and Oklahoma divisions have already confirmed that they handed out jackpots worth $8 million in all to Tipton and his associates.

Authorities first suspected Tipton when a New York lawyer tried to claim a $16.5 million jackpot in 2012 and then withdrew instead of revealing who bought the winning ticket. When they released a surveillance video showing the person who bought the ticket at a gas station, Tipton’s co-workers contacted them to say that the mysterious man looked like him.

Apple Launches Bug Bounty Program With Payout of up to $200,000