Some of the nation’s largest internet service providers and advertising industry lobby groups are trying to stop a proposed California law aimed at protecting the privacy of broadband customers.

The measure would require internet services to get users’ permission before sharing their browsing history and other sensitive data with advertisers. It’s modeled after FCC privacy rules enacted during Wheeler’s tenure that were later rescinded by the current Republican-led Congress.

AT&T, Verizon, Sprint, Comcast and a host of others wrote a letter in which they requested California state lawmakers to vote against the proposed bill, A.B. 375, calling it “entirely unworkable.”

“This bill will create a cumbersome, uncertain, and vague regulation of internet providers in California,” they wrote. “This single-state approach is antithetical to the forward-looking policies that have made California a world leader in the Internet Age. California has so much at stake and cannot afford to get this wrong.”

Nothing But Lies, says the EFF

The Electronic Frontier Foundation (EFF) has lampooned the claims made by the various organizations in the letter, saying they are telling legislators about “made-up problems.”

“Now that California’s Broadband Privacy Bill, A.B. 375, is headed for a final vote in the California legislature, Comcast, Verizon, and all their allies are pulling out all the stops to try to convince state legislators to vote against the bill.”

“Unfortunately, that includes telling legislators about made-up problems the bill will supposedly create, as well as tweeting out blatantly false statements and taking out online ads that spread lies about what A.B. 375 will really do.”

Former FCC Chairman Tom Wheeler is backing A.B. 375 which is headed for a vote this Friday. “It is my hope that the legislature will act decisively and quickly to restore Californians’ privacy protections with respect to data gathered by cable companies and telephone companies in the course of providing Internet access service,”

Wheeler wrote in a letter to California Assemblyman Ed Chau on Wednesday. “If California leads on consumer privacy, undoubtedly other states will follow.” The state bill has encountered pushback from both tech companies and ISPs, which have come together to oppose it just as they did with the FCC’s privacy rules. 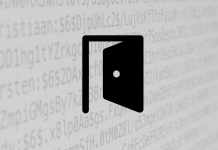 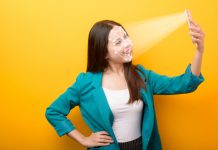