In the letter, Krishna stated that ” IBM would like to work with Congress in pursuit of justice and racial equity, focused initially in three key policy areas: police reform, responsible use of technology, and broadening skills and educational opportunities.”

“IBM firmly opposes and will not condone uses of any technology, including facial recognition technology offered by other vendors, for mass surveillance, racial profiling, violations of basic human rights and freedoms, or any purpose which is not consistent with our values and Principles of Trust and Transparency,” stated Krishna in the letter.

Krishna called on software vendors to test AI systems for bias before deployment, especially when it is used by law enforcement agents.

In recent times, there have been instances where AI systems have been purposeful configured to focus on certain groups. Krishna also condemned “bias testing,” calling for greater transparency and accountability in policing, especially in the use of
of tools such as modern data analytics and body cameras.

In 2017, the Center for Privacy & Technology at Georgetown University law school sued the New York Police Department to demand access to documents associated with its use of facial-recognition technology.

The technology has been criticized due to concerns that it is flawed, and results in false positives. There are also accusations of racial bias in the identification process. 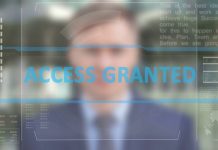 Lawmaker Queries Use of Clearview’s Facial Recognition Tech on Protesters