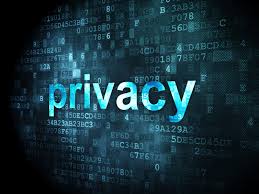 Sen. Ron Wyden, D-Ore., on Thursday released a discussion draft of sweeping new legislation that would give consumers greater control over their personal information, create transparency into how corporations use and share their data, and impose harsh fines and prison terms for executives at corporations that misuse Americans’ data.

The Consumer Data Protection Act would protect Americans’ privacy, allow consumers to control the sale and sharing of their data, give the FTC the authority to be an effective cop on the beat, and spur a new market for privacy-protecting services.

The bill would empower the FTC to Issue steep fines on the first offense for companies, and 10-20 year criminal penalties for senior executives. The bill also calls for the creation of a national Do Not Track system that lets consumers stop third-party companies from tracking them on the web by sharing data, selling data, or targeting advertisements based on their personal information.

“Today’s economy is a giant vacuum for your personal information – Everything you read, everywhere you go, everything you buy and everyone you talk to is sucked up in a corporation’s database. But individual Americans know far too little about how their data is collected, how it’s used and how it’s shared,” said Wyden.

“It’s time for some sunshine on this shadowy network of information sharing. My bill creates radical transparency for consumers, gives them new tools to control their information and backs it up with tough rules with real teeth to punish companies that abuse Americans’ most private information,” he added.